Home > What is the difference between engagement rings and wedding rings?

What is the difference between engagement rings and wedding rings?

The act of exchanging rings to celebrate love has been a tradition for centuries. Egyptians thought the circle represented eternity, so the concept of eternal love of the spouses was epitomised in a ring. Ancient Romans and Greeks had a similar tradition but the ring was used as a promise of fidelity. Nowadays, both engagement rings and wedding bands are very popular with a vast variety to choose from but the meaning behind remains the same.

So, what is the difference between them? Engagement rings, usually given by a man to a woman, represent the promise of a future marriage and they should be worn throughout your engagement. Instead, wedding bands are exchanged on your wedding day and are worn by both of you. This ring will represent the commitment to one another.

There is plenty to think about when planning on getting married and finding the right wedding jewellery can be overwhelming, especially with the huge offer that is available now on the market.  So, in order to help you choose the perfect pieces, here’s is everything you need to know about engagement rings and wedding bands.

- What is an engagement ring?

They represent the promise of a lifetime together and they will stay on your partner’s left hand until the day of the wedding when it will be then moved next to the wedding band. It will remind them, and others, that a wedding is about to happen.

Engagement rings are thought to be invented by the Romans where the bride-to-be was given two rings, one made of iron that she would wear inside and one made of gold, which she would wear in public. This ring is usually worn on the ring finger of the left hand because at one time it was believed that this finger had a vein that led to the heart.

Women - and men- dream about being proposed with a sparkling engagement ring but this wasn’t a tradition until 1477 when Archduke Maximilian of Austria proposed to Mary of Burgundy in Vienna with a diamond ring. He started a trend that influenced those in higher classes to give diamonds to their loved ones. The popularity of the diamond declined during World War I, especially among the younger generations. Later, in the 40’s, the diamond engagement ring regain its popularity and became the symbol of love that is today.

Engagement rings can come in a variety of designs, from classic shapes that bring all the attention to the centre diamond, like solitaires or fancy and intricate designs that can feature ornate bands or elaborate settings. They can also feature gemstones, like Princess Diana’s sapphire engagement ring that Prince William will later use to propose to Kate Middleton or Jackie Kennedy’s emerald ring that featured a 2-carat emerald and 2-carat diamond set in a yellow gold setting.

-What is a wedding Ring?

Ancient cultures believed that a circle represents infinity and the feeling of being whole. It was also used to indicate that something was sacred. So it comes as no surprise that wedding bands are the ultimate symbol of love. Exchanged by bride and groom during the wedding ceremony, these rings are usually simpler in design.

In ancient Egypt, wedding rings were believed to be made with metals or by braiding hemp or reeds. During the 16th and 17th centuries, husbands gifted their spouses with a gimmel ring, a ring that consisted of two interlocking bands that were first worn by both of them during their engagement. On the day of their wedding, the rings would be reunited. Thereafter, the spouse would wear both of them combined. These days wedding rings are worn by both spouses, day and night, and it has become such a tradition that its absence is often interpreted as meaning that a person is single.

Nowadays, a plain platinum or gold band is the most common choice, although alternative materials like silicone or steels are available. The reason behind the use of these perpetuity noble metals is that they symbolise an eternal marriage. Beside plain rings, some can feature diamonds or original engraving designs, a style that is becoming fairly popular.

Since more intricate designed engagement rings are on demand, bridal sets are a good alternative because they will ensure that both rings fit flawlessly. This will save you from having to search for the perfect wedding ring to adjust to your engagement ring, bridal sets can even include the groom’s wedding ring! The downside? If you wear the rings separately, they won’t look right.

Shopping for rings is an exciting experience, but keep the above in mind in order to make the right purchase. 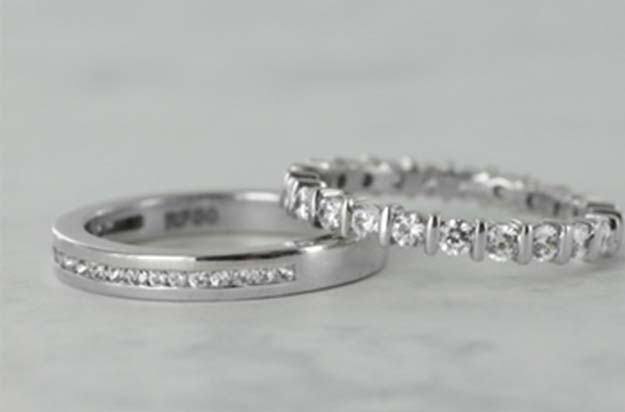 Should I Choose A Full Eternity Or A Half Eternity Diamond Ring? 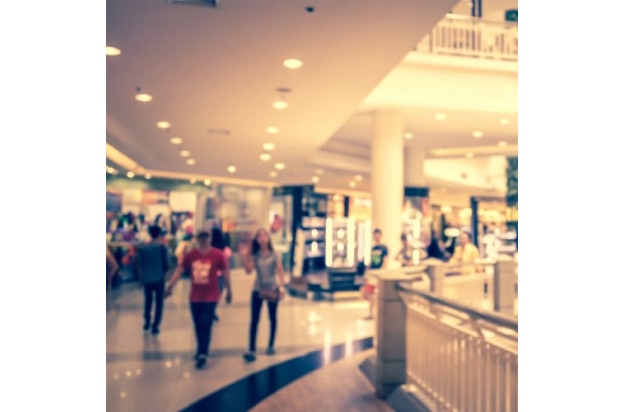 Why diamond engagement rings cost so much on the high street 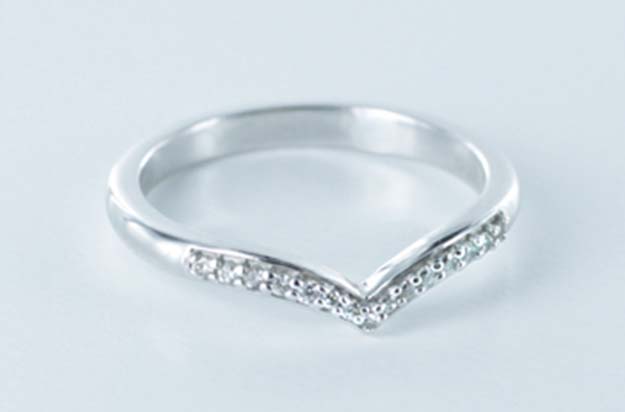 Picking a Matching Wedding Band For Your Engagement Ring