How much should we be spending on an engagement ring - the age old question that no one knows the answer for! It’s widely understood that an engagement ring is one of the most expensive one-off purchases that you will ever make. Marketing myths, and so-called tradition has led us to believe that we should be spending up to 3 months salary, or 4 figures on a ring.

While many of us ponder whether we’ve spent too little, (or too much), we've taken the time to investigate how much people are actually spending on their engagement rings. We've surveyed over 2300 people to find out the exact costs of engagement rings, as well as how much people think they should be spending, and the regions that spend the most. We’ve also identified whether age, or gender plays a part in how much you think you should be spending on a ring.

How much are people spending on engagement rings?

While many of us admire those ostentatious celebrity engagement rings, dropping hundreds of thousands, or even millions of pounds just isn’t a reality for the average Brit shopping for rings. Based on our survey results, the average amount people are spending on engagement rings in the UK is around £1865, which is a touch over the typical 1-month salary.

Of course, it’s important to remember the price of an engagement ring can vary dramatically depending on the setting and the diamond itself. When the time comes to shop for a diamond ring, keep in mind the 4 ‘C’s’, cut, clarity, colour and carat.

While it’s fascinating to learn what the average couple spends on an engagement ring, everyone’s circumstance is different so try not to compare yourself to others.

How much do people think they should be spending on an engagement ring?

There are a lot of well-known myths surrounding how much you should spend on an engagement ring. From 1-month to 2-months or even 3-months salary, expectations can be high. But, from our survey data, we discovered that people think an engagement ring should cost £2853, which is almost a thousand pounds more than what is currently being spent!

How do these statistics differ from region to region?

The price of an engagement ring in the UK varies from region to region. And it may surprise you which region spends the most compared to the region that is expected to spend the most. Here’s what we found through our survey:

These 5 regions in the UK spend the most on engagement rings:

• Northern Ireland with an average spend of £2272

• Yorkshire and the Humber with an average spend of £1769

These 5 regions in the UK are expected to spend the most on engagement rings:

As you can see, there is a big difference between what is expected and what is actually spent. With the biggest differences being the South West who spend £1352 more than expected and Greater London who spend £2633 less than expected. The North West and North East regions were also expected to spend vastly more (approximately £2000 more) than they actually do.

Why do we think we should spend more?

So, why do we think we need to spend more on engagement rings? Well, that could simply be put down to tradition and social constructs.

Since the Great Depression in America in the 1930s, many businesses struggled including diamond specialist De Beers. Before then diamond engagement rings were quite unusual, with other gemstones used instead. In fact, only 10% of engagement rings contained diamonds. So, to help keep business afloat De Beers actioned a new marketing strategy linking diamonds with engagement and suggested that a month’s salary was what people needed to spend. The campaign was a huge success and the idea stuck. In the 1980s the expected spend became two months salary and now it’s three full months.

The power of social media can’t be underestimated when it comes to the monetary expectations of engagement rings. With celebrities and the rise of influencers such as Youtubers, bloggers and social media stars posting their rings on their platforms and dictating trends, it potentially plays a big role in not only how much other’s should spend but also the styles. For example, if an influencer recently gets engaged with an unusual ring, many retailers will often see a demand for that particular style.

Most of the time men are the ones who buy the engagement ring and propose. This tradition dates back to when women were seen as property and something to trade, with the ring symbolising that they belong to someone. Back in those days, marriage was something people did out of necessity rather than love. The families would negotiate a deal and a woman would be married off in exchange for land, properties, protection or social positioning. Despite our more modern mindset now, many men and women still uphold the tradition of the man buying the ring and proposing. In particular, our survey showed that men think they should spend at least £3354 while women think a ring should cost around £2760.

How do certain age groups feel about how much they should/actually spend on an engagement ring?

From our survey we learned what each age group expects to spend vs what they actually spend.

It would appear that spending more money seems to be an old fashioned tradition, with the over 55s spending the most on rings despite the fact that they think it should be significantly cheaper. In contrast, Millennials feel they should spend more on a ring, around £3045, than any other age group.

How does the average cost of a ring compare to the other things we spend our money on?

While the average cost of an engagement ring in the UK comes to around £1865, it’s surprising to see what else Brits spend a similar amount of money on. On average, we spend £2115 on eating out a year, almost £250 more than we do on engagement rings! Moreover, people in the UK almost spend the same amount on engagement rings as they do working in the office a year (including transport, food and social activities) - costing us a whopping £1712. Despite modestly spending £526 a year on clothes, we splash out for package holidays spending £1404, only £450 less than the average engagement ring cost.

Here at Diamonds Factory, craftsmanship, quality and value are our core beliefs so we can help you find your perfect engagement ring within your budget.

Take a look at our engagement ring guide to learn everything you need to know before making the big purchase. 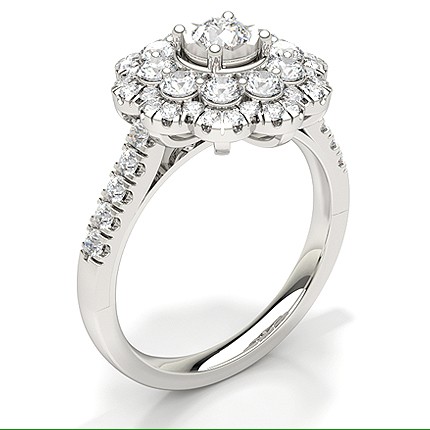 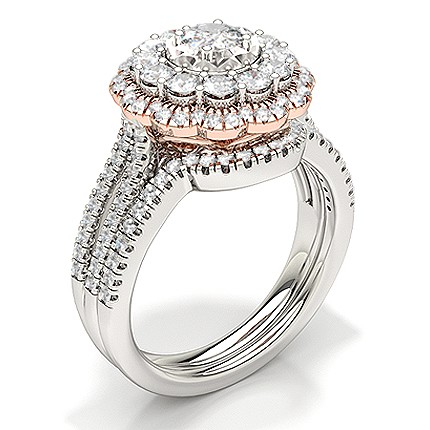 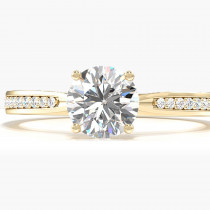 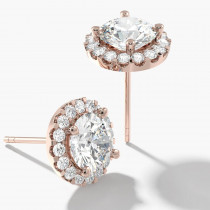 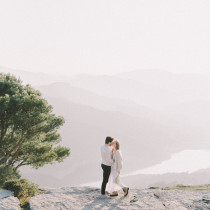 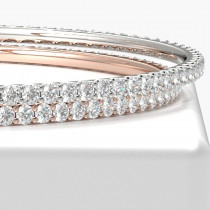